This week, the team continued working on the block diffusion pipelining and node performance improvements. They also ran property tests for UTXO HD and fixed several errors. They are now working on refining and adapting more tests, refactoring the code to accommodate the fixes, and assessing the performance of the in-memory backend. April’s mid-month development update is going live on Thursday (April, 14th), featuring the latest progress on ledger development.

The networking team reviewed node-to-node and node-to-client protocol versions and removed obsolete ones. They updated the cardano-ping mini-protocol to support available versions and continued working on IOSim timeouts and typed-protocols refactorization.

They also identified (and designed a fix for) a security issue within IPv6 deployments and communicated it to the SPO community. Finally, the team continued working on the design of the Gossip Protocol and Eclipse Evasion, which will drive forward a more robust and decentralized P2P network.

This week, the Daedalus team released Daedalus v.4.9.1. They also updated some packages and resolved several vulnerability issues. The team converted the Daedalus Nix infrastructure to use Nix Flakes, which assures compatibility with the cardano-wallet, and also migrated the Daedalus project to Webpack 5, allowing for faster reload when coding new features. They also polished the analytics integration to be used in future versions of Daedalus, and fixed a bug to allow for the correct deletion of the Daedalus installer file after the upgrade.

The Adrestia team continued working on a new transaction workflow to add token minting and burning, and also worked on DB layer redesign and the addition of a ‘light’ mode to cardano-wallet. Finally, work is still ongoing on cardano-js-sdk MVP.

This week, the Plutus team continued working on Plutus Cardano Improvement Proposals (CIPs) and updated documentation. They also made improvements to the chain index and updated the contract model tutorial within Plutus apps.

The Marlowe team added test support for contract timeouts, fixed some duplicated contract cards, and added unit testing to the front-end execution model. They also fixed the contract carousel in the Marlowe dashboard when reopening and deployed a copy of Cardano Explorer that points to the testnet. Finally, the team made several changes to contracts to correctly reflect balances and metadata.

The Hydra team worked on measuring script cost execution of the various on-chain scripts driving the Hydra protocol. A new command-line option was also added to the Hydra node to allow starting a Head from a point in the past - previously, Hydra nodes would only start from the most recent chain tip. This gives ways for users to restart their Hydra node and recover some state in the past if needed.

The team also worked to provide more resilience to chain forks (e.g. due to on-chain slot battles). Information on the blockchain is only eventually immutable and because of the distributed nature of the protocol, recent information received from a node may be overridden non-predictably. DApps such as Hydra must therefore acknowledge those changes and react accordingly to maintain an internally consistent state.

Fund8 is entering its voting stage next Thursday (21st April), where ada holders will vote on hundreds of projects ranging from big to small, spanning dozens of countries. 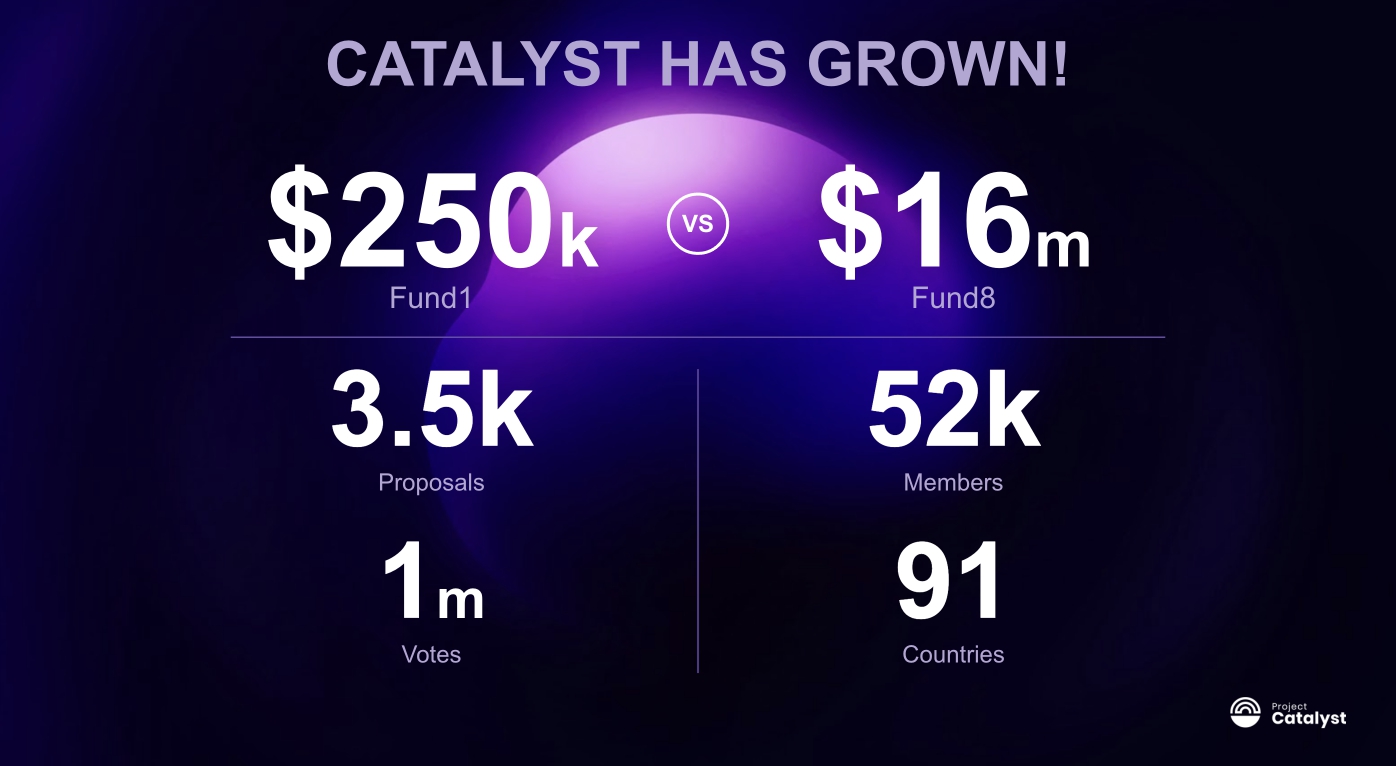 Applications to join the first cohort of dReps reopened and will stay open for a further week. Starting in early May, the team will be hosting a series of workshops to share and discuss what it means to be a dRep and how it will work. The first cohort will be delegation pioneers. Users can register their interest now by joining the first dRep cohort or find out more details in the recent blog post. 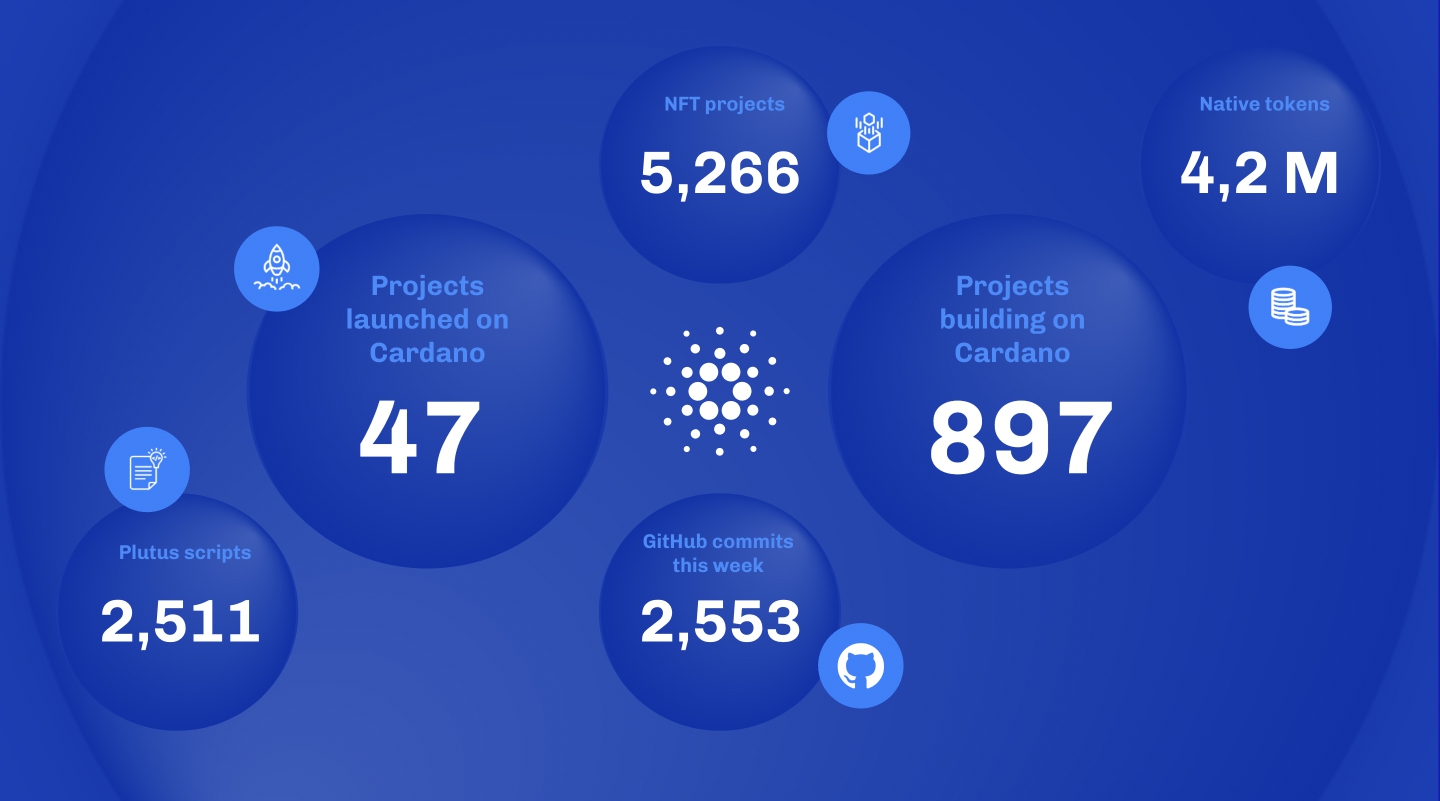